School is in Session: “Culture Shock” 101

We all know that Summer School is usually for one of two things: catching up, because you were sleeping in class too much during the regular school year, or for getting ahead—because you’re one of those nerdy kids who loves school.  For this uncultured American, I guess the first reason for Summer School applies more than the second: because from the moment I landed on foreign soil, I discovered I was way behind!  Apparently, the Summer School I’m attending this summer only has one class: Culture Shock 101!

What is “Culture Shock?”  Culture Shock is the phenomena of being overwhelmed by the feelings of confusion, anxiety, and frustration when one is exposed to a culture significantly different from their own—all raised to the third power (above-center, for you Summer School fanatics who miraculously fail basic algebra twice during the year).  Before I experienced culture shock for myself, I figured it was just a fancy myth that was an excuse to explain away international-flight-crankiness.  But now I can say, of a truth, that culture shock is absolutely real!

What’s it like to experience “culture shock?”  To experience the mind-blowing phenomena of culture shock is one of the strangest and most uncomfortable experiences I’ve ever taken part in.  The best way I can try to describe it is like this:

Imagine that when you went to sleep one night, and everything was completely normal (at least how you’d always known it to be).  But when you awoke the next morning, your brain was scrambled like a greasy pile of cafeteria eggs.

Neither Hear, See, or Speak Evil

Your tongue, your ears, and your eyes, no longer function the way they did the night before.  You are able to speak, but the sounds that come out of your mouth are just gibberish so no one around you can understand what you’re trying to communicate.  You know what you’re trying to say, but people just look at you like you’re crazy!  You are able to hear sounds coming from people, that you know are communication, but they’re unlike any sounds you’ve ever heard before; and you don’t understand what any of them mean.  You’re able to see clearly, but you are unable to read.

It’s like everyone got together, rearranged the alphabet, and redefined the meaning of each letter while you were asleep.

A Game of Hide-and-Seek

After realizing you weren’t able to speak, hear, or see properly, you try to go about your daily life.  You need to get some regular products and appliances for your home, but you realize that all the stores you would have gone to have moved locations during the night—oh, and I almost forgot to mention: all of their respective names were also changed while you were asleep.  And the icing on the cake: all the products that are stocked in each store have been changed—both in brand names and in price.  So not only do you not know where to go or what to buy, remember that you can’t ask anyone a simple question and you certainly can’t figure it out for yourself because you forgot how to read overnight.

Ok, for you engineers and overcomers out there, I know what you’re thinking right now: “I could just jump in the car and tour the city until I found the right store.”

I almost don’t have the heart to tell you the biggest insult to add to the injury of your predicament (but I got over it, so I expect, in time, you will too): while you were asleep last night, someone stole your car!

The only feasible solution is to use public transportation, but since you can’t read, you don’t know which type of transportation to take, where you can pick it up, or what stores its route will travel close to.

So…assuming you were somehow able to overcome all the aforementioned obstacles and make it to the correct store to buy a simple set of pots and pans, ceramic dishes, or a table and chair set remember that, since someone stole your car last night, in order to get everything home you have to carry it on your back using only crowded public transportation.

Where Was Sears Again?

Oh, and just one more thing I forgot to mention…You know all those household items that you just bought?  I know you did a great job grinning-and-bearing just to get all those things home.  You knew some of those items had the telltale little “tool icon” that indicates, in every language, “some assembly may be required.”  Yep, you guessed it: I didn’t want to have to tell you because you’ve been through a lot already, but, last night… someone stole all your tools.

One of the way God operates in our lives, and it seems to be His preferred method, is to bring us to greater revelation through adversity and suffering.  Now I know we’ve been having some fun in this article at my expense—the good news is: Jesus is still on the throne, it’s not as bad as it may seem, and culture shock diminishes over time.  But God has allowed me to gain a perspective that I didn’t have before, and I’d like to share it with you all.

What I finally understand is why Missionaries often talk about what a blessing it is to have their own vehicle.  What I’ve discovered is: there is a difference between the speed at which America works and the speed at which Europe works.  Having a personal vehicle, in many instances, greatly increases personal efficiency which allows for focus on the expansion of God’s kingdom.  Don’t ever under-estimate what God does in His kingdom through even your smallest gift given by faith.  God is the Master Mathematician and He’s all about multiplication—especially when it comes to His glorious Church! 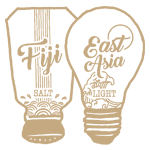